The organiser of a Black Prince Buses running day in Yorkshire has provided a possible model of how to stage such events while the pandemic controls remain in place.

The Wetherby Wanderers day between Leeds and Wetherby went ahead in a modified form on 5 July, with pre-booking and a range of safety measures inside the participating buses. 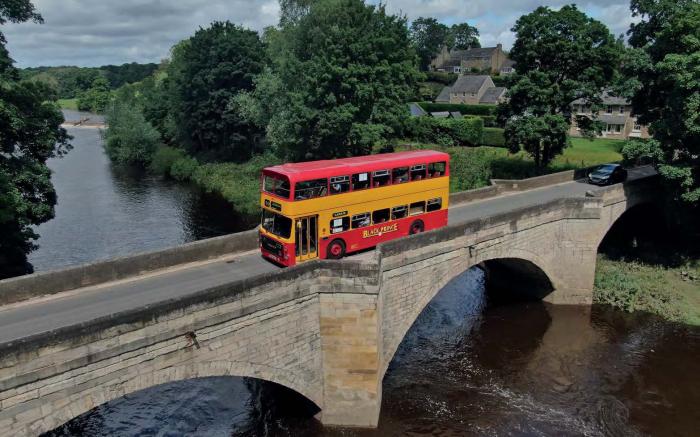 TRR 814R, the unique Alexander-bodied lowheight Volvo Ailsa B55-20 preserved in Black Prince livery, crossing the single carriageway Grade II listed bridge over the River Wharfe that links Boston Spa and Thorp Arch. The bridge was completed in 1770. The Ailsa was new to Derby City Transport in 1977 as its 71 (RTO 1R) but was built some time earlier.
DANIEL STAZICKER

‘The event was intended to be a one off in 2019, part of my Black Prince 50th anniversary celebration programme, but as the day proved so popular, I was approached to organise a rerun in 2020,’ says Bradley McMullen.