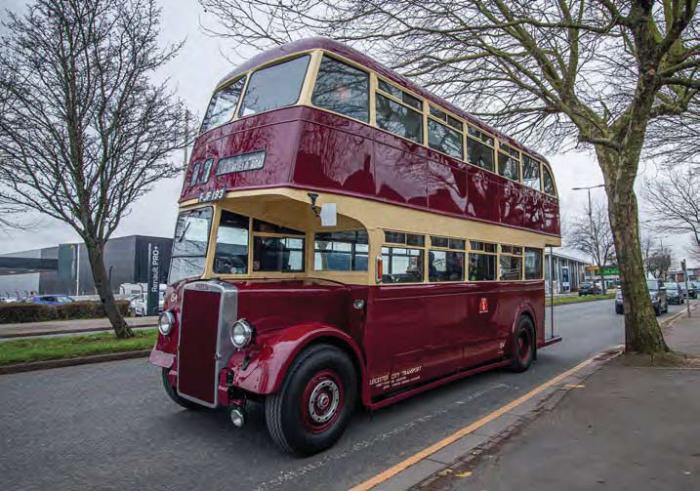 Apprentices at First Leicester have completed a three-year restoration of Leicester City Transport 154, the 1950 all-Leyland Titan PD2/1 in the care of the Leicester Transport Heritage Trust and one of the vehicles expected to have taken part in the now postponed Bus & Train Spectacular at Quorn & Woodhouse.

This is its second restoration by the operator’s apprentices, as those selected to overhaul the body and chassis of 154 (FJF 193) in 2016-20 were trained by craftsmen who, as apprentices themselves, worked on in its restoration by Leicester City Transport in 1982/83.

The 62-seater operated in Leicester from December 1950 until March 1970, latterly in the operator’s livery of cream with maroon bands and wings. It was sold to a dealer and on to a strawberry farmer in Butterwick, near Scunthorpe, where it was used occasionally to carry fruit pickers until it passed to a Barnsley scrap dealer in September 1981.