The MHD Partnership has turned its attention to Western Scottish, imagining that it remained independent after privatisation in the 1990s and that it required a good new image for the fashions of the 2010s 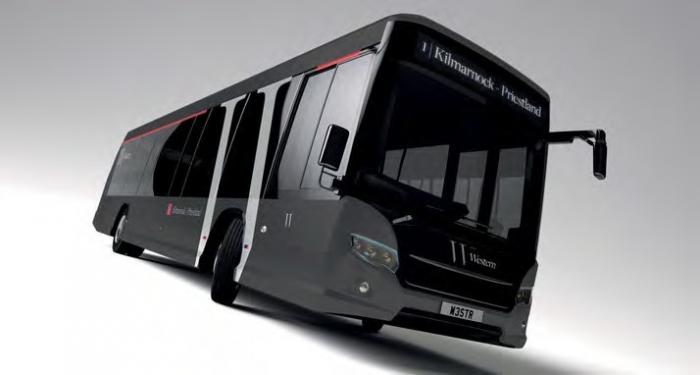 If one word encapsulates the livery style of the company known latterly as Western Scottish, it is ‘traditional’. Gold leaf Western fleetnames — shaded block capitals on double-deckers, a scroll typeface on single-deckers — were unchanged from 1934 until the Scottish Bus Group introduced black and blue corporate fleetnames in 1978. The company had been Western SMT since 1932 and only became Western Scottish in 1985 when SBG restructured from seven to 11 regional subsidiaries, leaving a smaller Western with routes in Ayrshire and Dumfries & Galloway.