’Last chance’ for deregulation in Glasgow 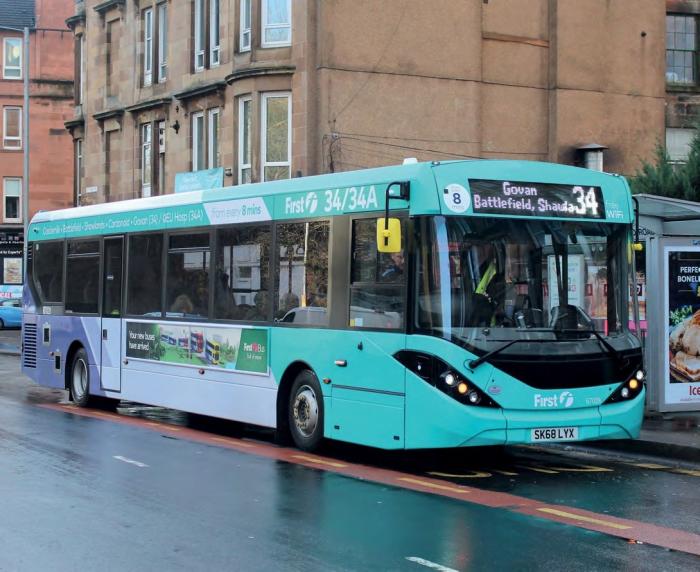 First Glasgow has embarked on an investment in 150 new Alexander Dennis Euro6 vehicles over two years. The 2018 intake includes 32 Enviro200 single-deckers, of which 67028 (SK68 LYX) is part of a batch for routes 34/A across the south of the city. MURDOCH CURRIE

A major report for Glasgow City Council says commercial bus operators should be given one last chance to deliver improvements to services within a deregulated framework. If they are deemed to have failed, it should then take advantage of franchising powers in legislation currently before the Scottish parliament.

The recommendation comes from an independent connectivity commission set up by the Scottish National Partycontrolled city council and chaired by former UK government transport adviser Prof David Begg, who in an earlier life was a Labour councillor responsible for transport policy in Edinburgh.