Land of the guided bus

Three kerb-guided bus rapid transit lines have been developed over the past 25 years, one of them half-forgotten and two longer lines on rail trackbed that continue to grow in popularity

Of the region’s three guided busways, it is the pioneer installation at Ipswich that is often overlooked. Superoute 66 has been part of the First Eastern Counties network since 1995, when a 200m link in Kesgrave opened to allow buses to travel direct between two housing areas.

Initially operated with step-entrance Dennis Darts, they nonetheless gave level boarding at the guideway’s only stop. But the 2.3m width buses have since been replaced with low floor buses, either 2.5m or 2.55m wide, necessitating a rebuilding of the guideway in 2005.

The short length proved that guided bus technology works, but is of limited value in itself. Like all guideways, its one advantage over a conventional bus-only road is that the infrastructure prevents other vehicles from using it. That has proved invaluable for the other schemes in the region. 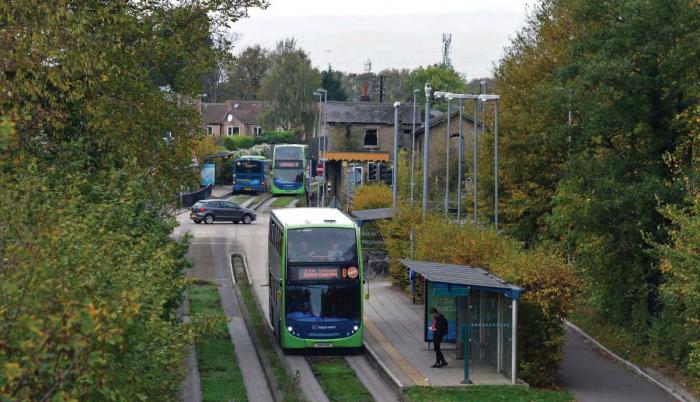