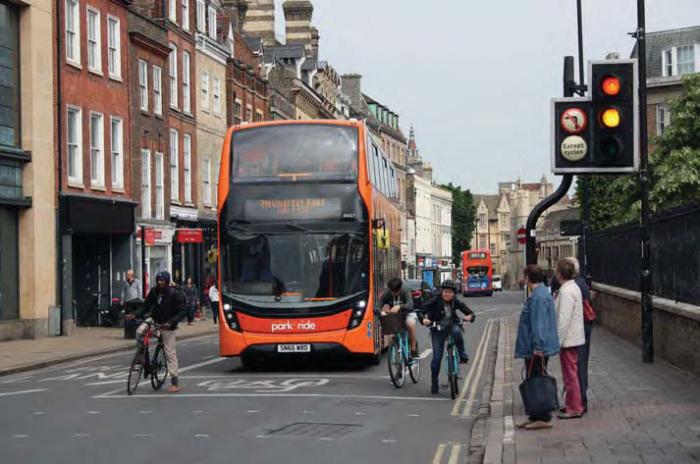 Stagecoach East 10807 (SN66 WBD), an Alexander Dennis Enviro400 MMC, in the dedicated Cambridge park-&-ride fleet on which routes are identified by colour. Large numbers of bicycles add to the traffic mix in the university city.
JOHN YOUNG

Everyone acknowledges that congestion is a problem in fast-growing Cambridge. That much everyone agrees.

One report reckons a quarter of people’s commuting time in Cambridge is spent in traffic jams. The city’s population is estimated to exceed 145,000; it has grown by a third in the past 20 years and another 10,000 people are expected by 2025. Job creation has risen even faster, resulting in more commuters trying to access the city.