GRANT WISE tells the story of the Polish manufacturer, which in 24 years has grown from modest beginnings to claim leadership in supplying operators across the continent with zero-emission and hybrid vehicles

But another of the continent’s major manufacturers — Solaris Bus & Coach, based in Poland in Bolechowo, near the city of Poznan — has only officially existed for just over 22 years and through the impressive efforts of its founders and innovative workforce has been producing its own designs of vehicles since 1999. 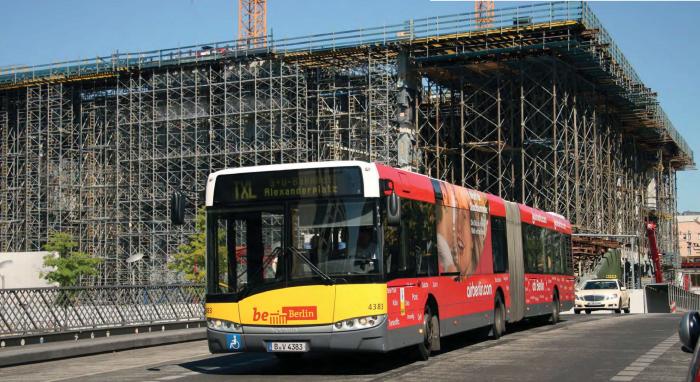 One of the large fleet of Solaris Urbino 18 bendybuses operated by BVG in Berlin.
ALAN MILLAR