Go-Ahead London General’s commercial services division has started operating a route on behalf of Here East, a business and innovation park based in the former Olympic Press & Broadcast Centre at Stratford.

The circular service operates up to every 10min on weekdays and links Here East’s campus with Stratford International and Stratford stations. It uses three Wright Street Lite WF midibuses, each painted in a different coloured variation of a livery designed by Here East and intended to mirror the exterior decor of its campus.

The grey, orange and turquoise Street Lites are from a batch used initially by London General on route 192 (Tottenham Hale-Enfield). An Alexander Dennis Pointer Dart has also been painted in the grey version of the livery and acts as spare bus. 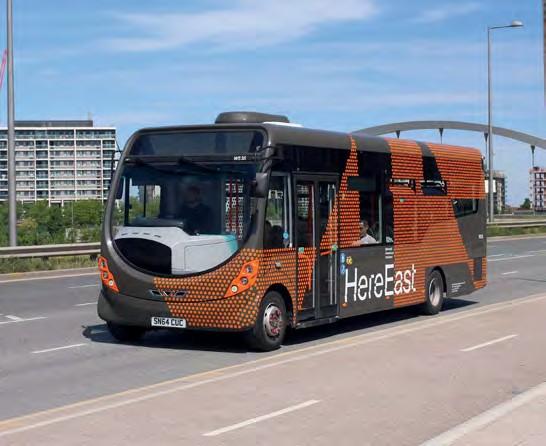 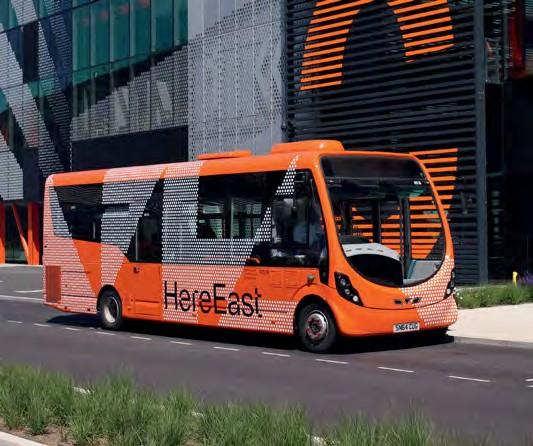