With Flecsi minibus services replacing conventional buses in several parts of Wales, RHODRI CLARK has been seeking information on where and when they run — with mixed results and the promise of better efforts to come 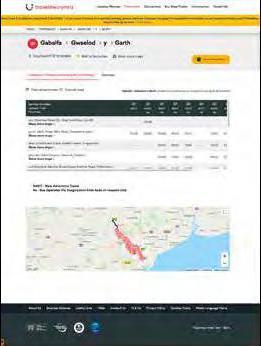 One outcome of the pandemic in Wales is a resurgence of demand responsive transport, coordinated by Transport for Wales under the Fflecsi brand. Local residents have been briefed but information is scarce for anyone from outside hoping to travel to those areas by public transport.

DRT has a chequered past in Wales. The Deeside Shuttle, for workers on a sprawling industrial estate, improved access to employment but was ultimately deemed to require too much subsidy. Funding for the Bwcabus network in south-west Wales, which includes DRT services, was lost when the UK left the European Union.