BACK TO THE FUTURE

Thirty years after it first appeared as a tool of deregulation, Stagecoach has reinvented the highfrequency urban minibus with the launch of its Little & Often-branded trial in Ashford on 12 February. DAVID JENKINS explains the background, the concept and tries it out during its first week. 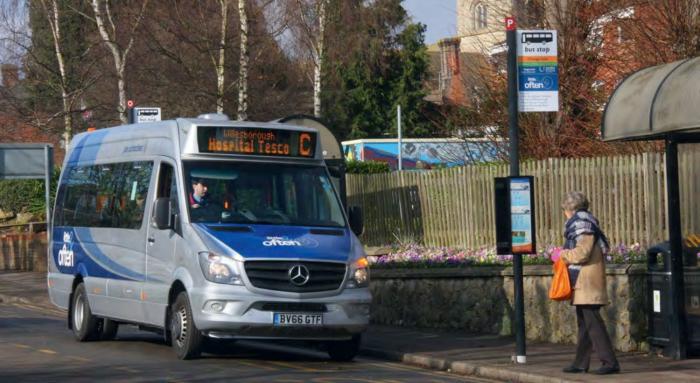 A passenger hails Mercedes-Benz Sprinter 44012 (BV66 GTF) at Vicarage Lane in the town centre. The Little & Often branding has been applied on the manufacturer’s base silver paintwork and also appears on bus stop flags and timetable cases. TERRY BLACKMAN

The minibus revolution was already underway in 1985, the year that the eponymous Hollywood film was released. If a British equivalent of Marty McFly had time travelled 30 years into the future, he would not have been surprised to see herds of minibuses offering frequent journeys around our towns.