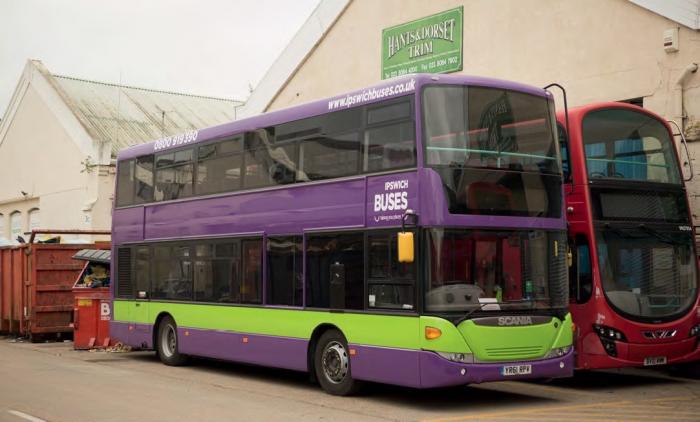 Hants & Dorset Trim refurbished 18 Scania OmniCity doubledeckers that Ipswich Buses acquired ex-Metroline in 2017, removing their centre doors, installing extra seats and repainting them. This is the first of them, 30 (YR61 RPV), at Barton Park alongside a Wright Eclipse Gemini 2-bodied Volvo B9TL in the Tower Transit fleet. The Scanias were new to First London. DAVE KIRWIN 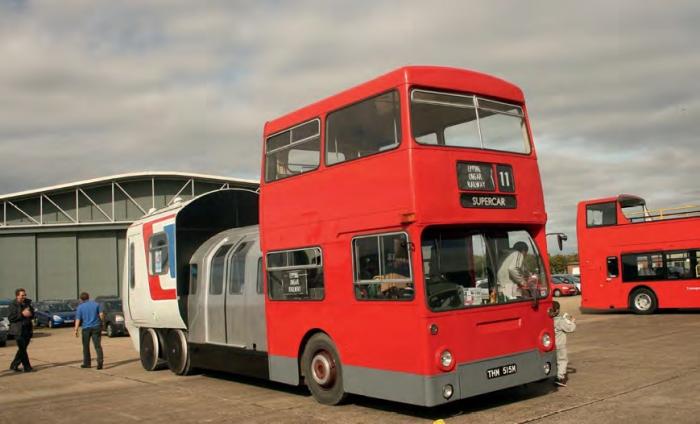 Now preserved, the London Transport ‘Supercar’, based on Daimler Fleetline DMS1515 (THM 515M), at Showbus at Duxford in September 2012. It retains the front section of its Metro-Cammell Weymann body, with mock-ups of a London Underground tube train and a British Rail electric multiple unit behind.

It is neatly appropriate that the building that houses the bus refurbishment business that is Hants & Dorset Trim was once part of the Eastleigh carriage and wagon works of the London & South Western Railway. Closed by British Railways in the 1960s, today the site is an industrial estate called Barton Park, which is also home to Go South Coast’s Bluestar depot and offices.