The year when Alexander’s was divided into three 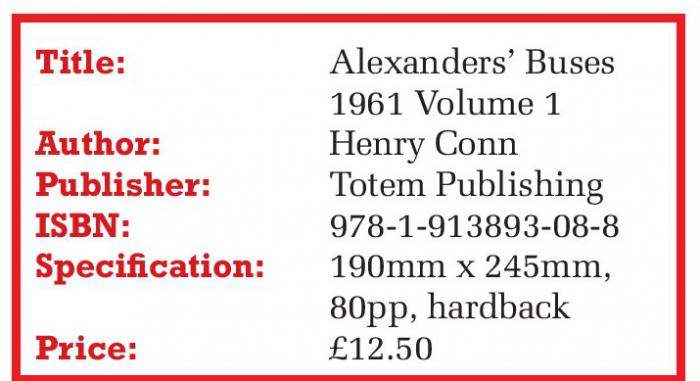 The Southern, Fife and Northern areas became, respectively, Alexander (Midland), (Fife) and (Northern) on May 15, 1961. This is the first of a pair of black and white albums of pictures taken immediately before and after, in this volume between April and August.

The second volume will include pictures taken up to November 1961.

This was a “phoney war” period in which there was little visible sign of the new regime, as it took until 1962 for fleetnames and liveries to be changed and for the alphanumerical fleetnumber to gain an M, F or N prefix. The one change that was apparent was for the Northern company to start registering its new buses — like the lowbridge Leyland Titan PD3A/3 on the cover — in Aberdeen rather than Stirlingshire.

The pictures are arranged in chronological order and were taken