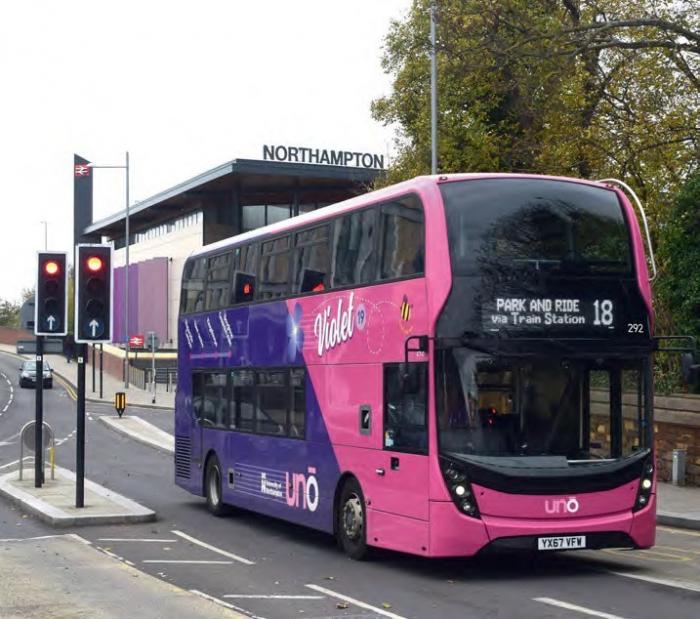 Ambitious changes introduced in the autumn to serve the University of Northampton’s new campus have proved over-optimistic, with half of Uno’s four-route network in the town being reduced in late January.

Foxglove route 18, which links a remote park-&-ride site with the town and the campus, has been reduced from at least every 10min to 15min intervals in the peak and 20min at other times. Weekend buses have been withdrawn entirely.

Violet route 19 has been revised from every 12min to four buses an hour, with alternate journeys renumbered 19A and diverted to restore a service to Kingsley, withdrawn in the previous changes, and the subject of a 700-name petition organised by the local newspaper.

Lilac route 21, which does not serve the university’s campus, continues to run every 15min (20min on Saturdays), while unbranded circular service 20 is also unchanged.