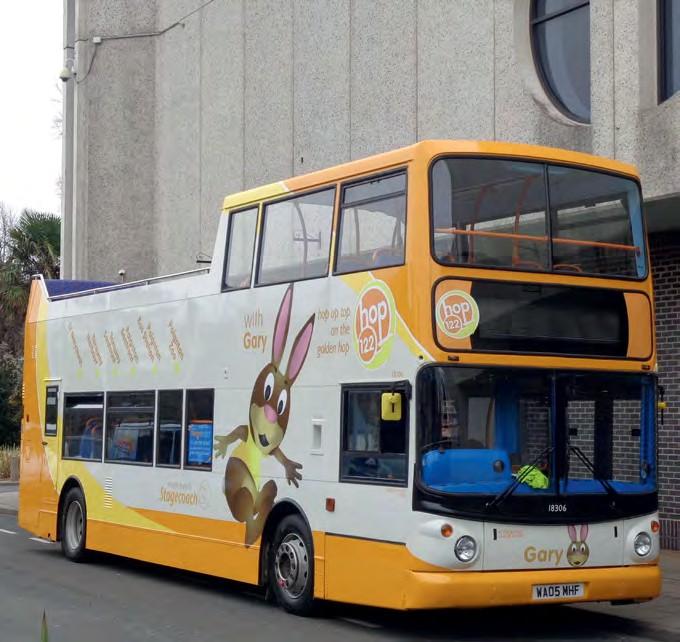 The newly branded Golden Hop122 (St Marychurch-Torquay-Paignton Zoo) will operate daily every 20min between 09.30 and 18.00, requiring five buses and restoring a Stagecoach service along Paignton seafront.

Five of its own Alexander Dennis ALX400 Tridents have been converted to part open-top, while a sixth TransBus example, fully open-top, has been transferred from Stagecoach South after a low bridge accident.

All wear an orange and yellow version of corporate livery and are named after individual animal characters: Gary the Rabbit, Cango the Kangaroo, Chirpy the Cricket, Freddie the Frog, Porter the Penguin and Swash Buckle the Pirate Parrot.

Children will be given a free adventurer’s passport and can collect stickers of the characters from local attractions. A series of books is also planned.

Stagecoach axed the traditional Torbay open-top services in September 2007, other than a singlevehicle school summer holiday operation in 2010, 2014 and 2015.