Eighteen preserved and modern buses took part in a parade on 27 October from Gloucester Docks through the pedestrianised Southgate and Northgate Streets to the new hub, where they were displayed for the rest of the day.

The new facility, built immediately to the south-east of the old bus station, is part of a wider city centre regeneration and is slightly nearer the railway station. It has one extra stand, used by Pulhams’ service 99 (Gloucester-Cheltenham) but termini for city services and the direct services to Cheltenham remain at on-street stops.

Bus bays are saw-tooth, vehicles reversing off, and there is also layover space. The passenger waiting area is totally enclosed and a large canopy covers the loading area. A booking and enquiry office is integrated with the Stagecoach Gloucester depot control supervisors.

The hub has general and stand-specific departure screens, and ‘Where to Find Your Bus’ guides are provided on bus stops in city centre streets.

The new road layout around the hub means that outbound services towards the Forest of Dean and Longford are no longer able to serve their first stop in Worcester Street, resulting in a longer walk for those using the southern part of the city centre. 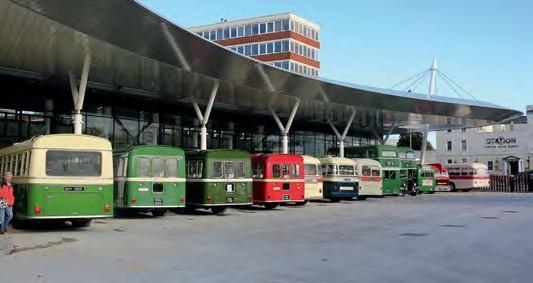 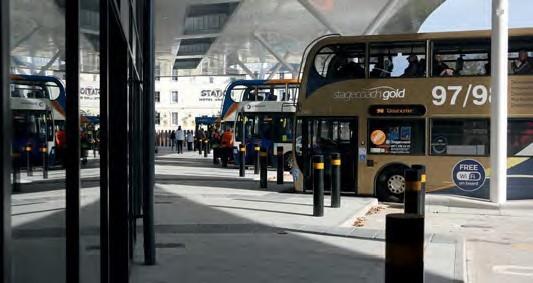