Surrey pays up for fewer services 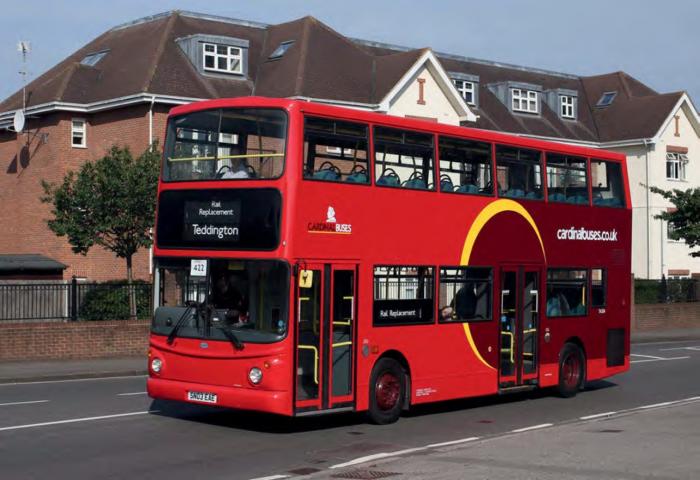 Cuts to bus services in Surrey from 31 December will be the worst in at least the past five years, says a group representing passengers’ interests.

‘My worst fears are confirmed in that while most routes retain some sort of service, we face probably the most severe cuts to service since NWSBUG was formed five years ago with some bits of route unserved, important links lost, some evening and Sunday services withdrawn and frequencies on some busy routes reduced,’ says Worley. ‘Potentially worse news is that the 2017/18 Surrey County Council bus support budget is as yet unknown.’

The council argues that the situation is not of its making, with Mike Goodman, its cabinet member for environment and planning, telling local media in October that ‘Abellio came to us in the middle of this year and said they couldn’t afford the services to continue because they were mismanaging, that’s the blatant truth of it’.

Surrey negotiated an unbudgeted additional £120,000 payment for Abellio — owned by the Dutch state railway — to keep the services running until 30 December. The council subsequently entered into discussions with seven operators over arrangements for the first nine months of 2017, but received no offers to run any replacement services without subsidy.

‘The new arrangements have required significantly more funding than originally paid by the council to Abellio,’ says a Surrey statement. ‘It has not been possible to cover every part of the Abellio network, nor to maintain all existing service frequencies. This is not due to cuts in funding.’

Among the highlights of the changes are the awards of all-day contracts for the first time to two independents, Cardinal Buses of Egham and Falcon Coaches of Shepperton. Falcon is run by managing director Richard Telling and operations director Simon Telling; their father Steve ran Tellings-Golden Miller, whose Surrey bus operations and New Haw base passed indirectly to Abellio.

Cardinal will provide a shortened (Addlestone-Sunbury) version of hourly service 557 (Woking-Sunbury), possibly with East Lancs-bodied Alexander Dennis Darts provided by the council, as well as twice-daily weekday service 513 (Downside- Kingston). Falcon will operate a shortened (Walton-Kingston) version of service 515 (Guildford-Kingston), but with the frequency improved from every 75min to generally every hour.

Also of note is that Stagecoach will provide the replacement for the outer section of the 515, its first first-ever deregulated bus service into Greater London. This new route 715 (Guildford-Esher-Kingston) will run hourly until early evening on weekdays and Saturdays, every 90min on Sundays via Thames Ditton. It revives the identity of a former Green Line route that linked Guildford, Esher, London and Hertford.

First Berkshire takes over service 555 (Hersham-Heathrow Airport), but it is halved in frequency to hourly and will serve Terminal 5 rather than Terminal 4, Hatton Cross and Heathrow Central. The airport operator — which wants public transport to play a bigger role in its future — will fund two early morning and two evening journeys between Sunbury Cross and Heathrow.

Rotala-owned Hallmark Connections is taking over route 458 (Staines-Kingston), but with the frequency on the section between Walton and Kingston halved to hourly. Minibus operator Carlone Buses will provide new service 442 (Staines-Heathrow Terminal 5) approximately every 90min.

Surrey has agreed contracts with Abellio to operate new hourly services 456 (Woking- Staines), with a Sunday extension to Addlestone, and 459 (Walton-St Peter’s Hospital).

Safeguard steps up hospital connection for staff and visitors

Safeguard is working with the hospital to ensure that the new service is promoted well, that staff take-up is encouraged and have jointly produced a credit card-sized hospital timetable. It has also reduced monthly ticket prices.

‘We know that the hospital’s 3,500 staff, 280,000 annual outpatients and 70,000 patients plus visitors all have a terrible time trying to find suitable parking and that a frequent and direct bus service makes sense,’ says managing director Andrew Halliday.