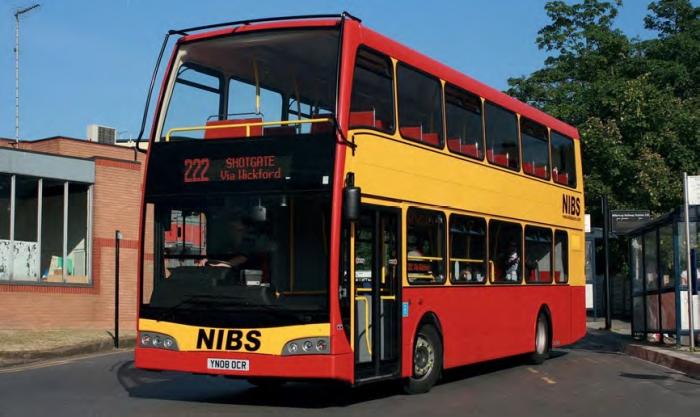 Stephensons of Essex has expanded its coverage within its home county by acquiring the 50-year-old NIBS business in Wickford from its founding Nelson family.

The deal, completed in October by Stephensons’ parent company Eastern Transport Holdings, will preserve the name and red and yellow livery of NIBS Buses — the initials are for Nelson’s Independent Bus Services — and adds around 30 vehicles to around 100 that Stephensons operates in Essex and Suffolk.

‘NIBS is a well-run and well-respected family business with a loyal team of staff, and shares a similar vision and values to our own,’ says Stephensons managing director Bill Hiron, a former National Bus Company and First Group manager who acquired founder John Stephenson’s majority shareholding in the then 28-year-old company in 2001.

‘The purchase gives us a presence in an area largely outside our current sphere of operation, and has an experienced and enthusiastic management and staff team. I am delighted to welcome NIBS to the family and it will be very much business as usual for NIBS.’ He says there will be no immediate changes to NIBS routes, times or fares.

Former owner Steve Nelson says: ‘While the company is made up of its routes, its vehicles and other assets, its staff are, by far and away, the most valuable part of the company. We have had a very low turnover of staff and I would like to thank them and acknowledge their contribution, professionalism, sense of teamwork and friendly service to the public over the past 50 years.

‘I wish them all the very best as they move forward together in what has been a consistently profitable and successful enterprise.’