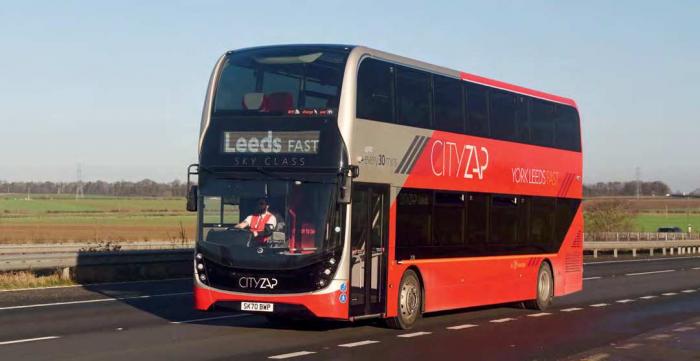 Cityzap-liveried Enviro400 2018 (SK70 BWP) heading west on the A64. The Best Impressions livery has been designed to exaggerate the depth of the lower saloon windows.
DANIEL STAZICKER 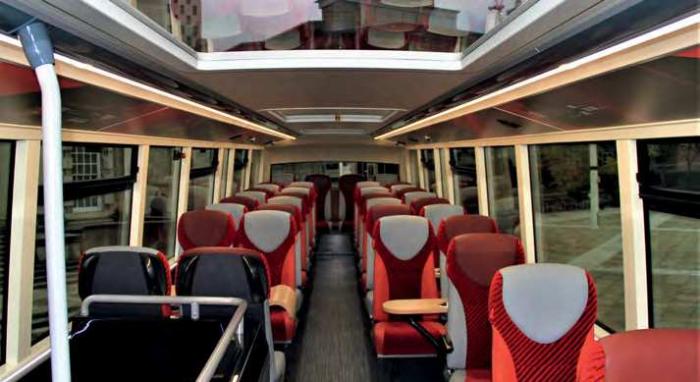 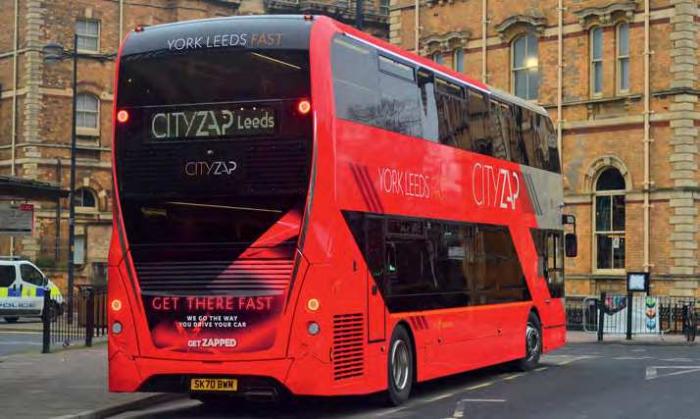 Rear of the Cityzap livery has a sales message for car drivers.
CHRIS NELSON

Transdev Blazefield ended last year with the introduction of 19 highspecification Alexander Dennis Enviro400 double-deckers on to two of its branded routes on either side of the Pennines from 13 December.

Total value of the order for what it is branding as its Sky Class vehicles is £5.2million. Fourteen are for The Burnley Bus Company’s Witchway service connecting Burnley and Rawtenstall with Manchester city centre, while the other five are for Yorkshire Coastliner’s fast Cityzap service between York and Leeds, which was introduced in April 2016.

They were built at the manufacturer’s Falkirk factory and are Transdev’s first new Enviro400s. They displace seven-year-old Volvo B9TLs from the Witchway route and refurbished 17-year-old Volvo B7TLs from Cityzap; all of those have Wright Eclipse Gemini bodies. The Cityzap ones began life on the 36 corridor between Leeds, Harrogate and Ripon.