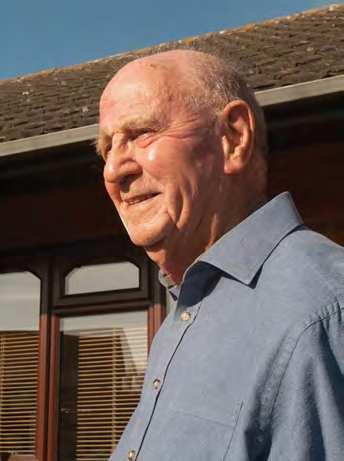 Robin Hannay, the transport historian widely acknowledged as the “go to” man for information about Guy Motors and especially its revolutionary Wulfrunian double-decker, died at his home in Stratford-upon-Avon on December 4 after a short illness. He was 88.

A lifelong bus and truck enthusiast who worked in the vehicle industry for 48 years, he was the author of three reference books, Guy Motors Limited & The Wulfrunian for the Transport Publishing Company in 1978, and Dennis Buses in Camera in 1980 and AEC Buses in Camera in 1982 for Ian Allan Publishing, all of which drew on knowledge gained while working for those manufacturers.

His name was already familiar to Buses readers from articles in the 1960s about model buses. Long before accurate scale model diecasts were produced specifically for adult enthusiast collectors, of whom he already was one, these described what was available at the time, starting with the better executed Dinky, Corgi, Spot-On and Matchbox examples produced primarily as toys.