The first UK Coach Rally since the pandemic has been held, with Parrys International taking the top prize for coach of the year. ANDREW JAROSZ reports 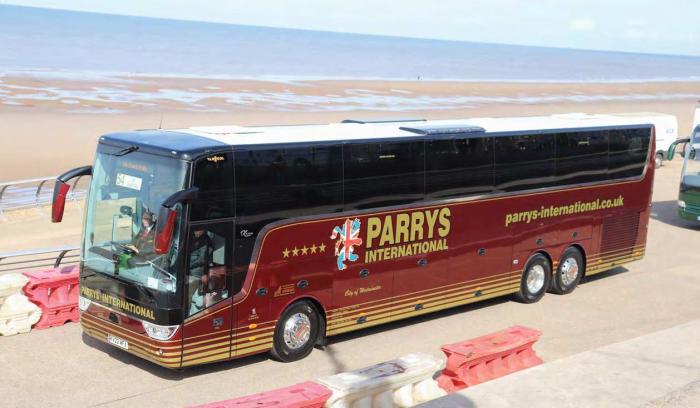 Parrys International Tours gained its 11th Coach of the Year award with its 14 metre Van Hool TX17 Astron which was fitted out to a very high specification for British and Continental Tours. In addition to winning the Alan Goodwin Trophy for Highest Placed Coach Operator in all Classes, the coach won the Top Van Hool award, the Peter Rogers Shield for Top CPT Member, the Boon’s Award for Best Co-ordinated Decor, and the award for Smartest uniformed driver and courier.
ANDREW JAROSZ

After a two-year absence, the UK Coach Rally returned to Blackpool for its 66th weekend event on April 9/10, with regular entrants snapping up the awards for both beauty and skills. The mood of coach operators was noticeably buoyant, as the industry lifts itself out of pandemic lockdowns, which forced the closure of some of the oldest names in the industry – most recently that of Maynes Coaches, originally of Manchester but now in Warrington.