TIM ALBERT revisited a memorable summer he spent as a student at the end of the 1960s by once again travelling long distances around the United States by Greyhound bus, now part of First’s global empire. Much has changed in half a century, some of it for the better, some of it rather less so. 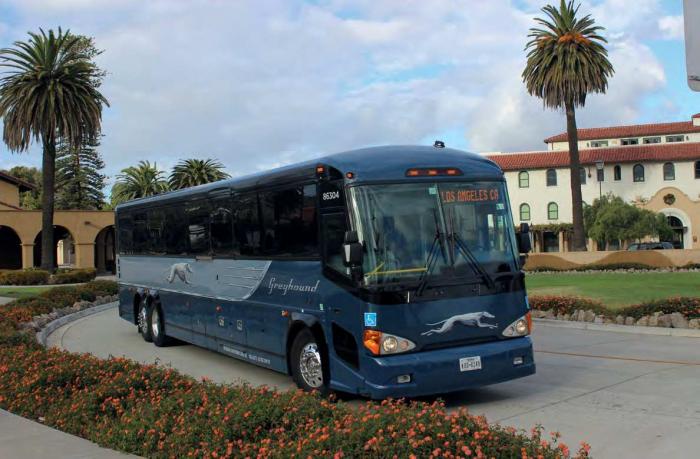 In 1969, as a 22-year-old student, I spent two months travelling 12,000miles around the United States on Greyhound buses. I came back to England with a 30,000-word diary, eight boxes of colour sides and a head filled with happy memories. 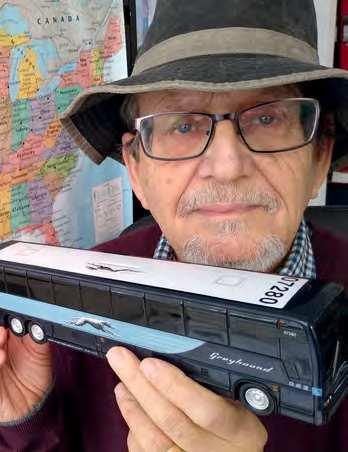 Tim Albert with a model of a Greyhound.

Half a century later, by now a retired journalist, I went back on the Greyhounds. I found it tough: bus travel — coach travel as we would call it — has changed since my first trip, and not always for the better. But it still provides memories and insights that other forms of travel do not.

For my first expedition (taken under the auspices of the British Universities North American Club — Bunac) I bought two $99 (£71) tickets which gave me two months’ worth of unlimited travel. I slept overnight on the buses, saving on hotel bills and giving me plenty of time to read War & Peace, Lolita and more. My diary reports no major delays and no violent incidents. My only health issue was ‘bum ache’ (or words to that effect), frequently mentioned.