Rare Sentinel back in Wales 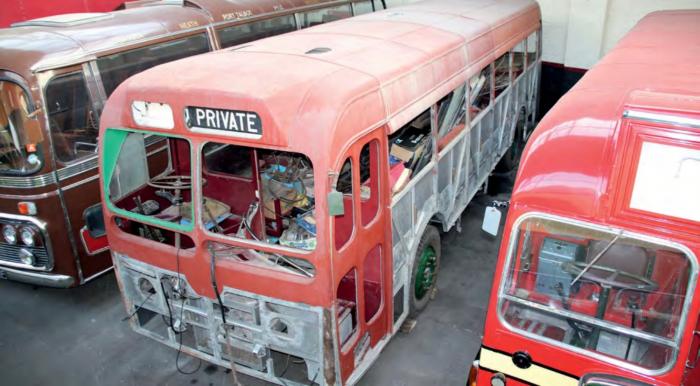 The Sentinel in The Bus Depot at Barry, alongside a Plaxton Panorama-bodied AEC Reliance in brown and red Neath & Cardiff livery. STEPHEN WREN

The Cardiff Transport Preservation Group has secured a 65-year old underfloor-engined Sentinel STC6 with a Welsh-built body for its growing vehicle collection.

The Sentinel, rare even when new in the 1950s, was spotted for sale by CTPG member Clive Williams who realised it had a Caerphilly connection, as its body was built in the town by Welsh Metal Industries.

ODE 182 was new in 1952 to Edwards Bus Services of Cymmych, Pembrokeshire and became part of Mid Way Motors before it was sold on to another operator in England. The 44-seater has been partly restored by John Hinchliffe in Yorkshire, but will need additional restoration to complete it.