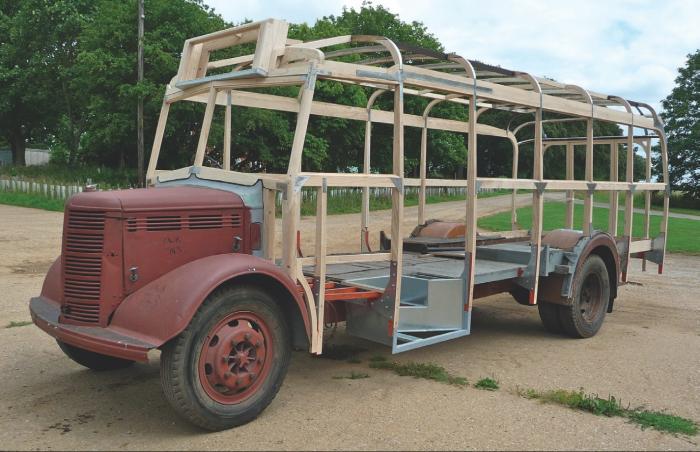 The Oxford Bus Museum has acquired a partially restored Duple-bodied Bedford OWB wartime utility single-decker, which is being restored in Yorkshire and is expected to be put on display and used for visitor rides next year at its Long Hanborough site.

The museum already has ex-House JUD 597W, a 1980 Plaxton Supremebodied Ford R1014, on display. This was the last new coach bought by House.

Museum trustee Stephen Jolly says: ‘There has always been a gap in the museum’s display because we did not have an example of the wartime basic buses with their slatted wooden seats and masked headlights. This is thought to be the only wartime Oxfordshire bus to survive.’ The OWB was based on the OB launched in 1939, and 3,398 were produced between 1941 and late 1945, powered by a 3.5litre petrol engine.