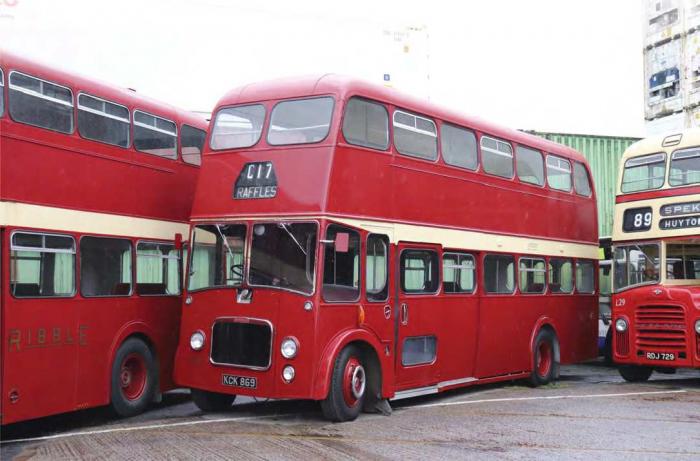 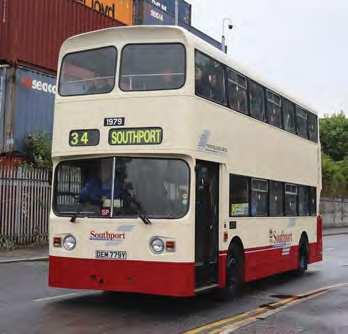 The North West Vehicle Restoration Trust used its June 5 open day at Kirkby to reveal the substantial progress it has made in bringing its Leyland Titan PD3/4 back to the condition in which it entered service with Ribble in 1958.

Burlingham-bodied 1523 (KCK 869) was one of 105 full-front forward-entrance double-deckers new in 1957/58 when they were considered to be a revolution in vehicle design. It was allocated to Carlisle for most of its working life, before moving to Morecambe in the early 1970s and ended its career as a driver training vehicle at Bootle. It was displayed at Kirkby with the destination display set for Carlisle city service C17 to Raffles.

Also launched on the day was Merseybus 1989 (DEM 779Y), an Alexander AL-bodied bodied Leyland Atlantean AN68D/1R, which has been restored to the privatised MTL’s Southport & District livery complete with the seaside town’s coat of arms.