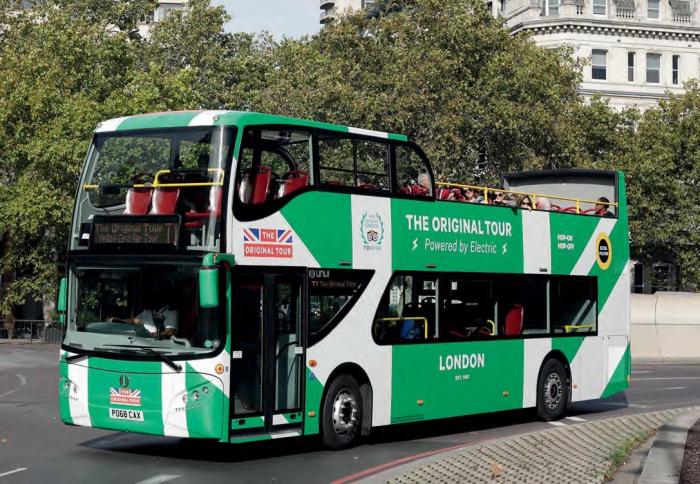 One of an order for 10 battery-powered Unvi Urbis double-deckers, the right-hand-drive London vehicle is 12m long with 75 seats and a single-door. It is the second example to be built. The first, which was unveiled at Busworld in Kortrijk in October last year and entered service with RATP’s Open Tour in Paris in April, is a 12.75m long 78-seat dualdoor vehicle built with left-hand-drive.

German manufacturer Ziehl-Abegg Automotive supplied the hub motor drivetrain, it is powered by batteries produced by BMZ, also from Germany, and system integration is by Polish company SAV Studio.

The London bus, which carries a green version of The Original Tour’s Union Jack-inspired livery, has a range of up to 150km (93miles) after a full charge, which is expected to take 4hr 30min using a charging point installed at Wandsworth garage, where the fleet is based. It should be able to complete six circuits of The Original Tour’s flagship Yellow Tour between charges, making 125 stops in 11hr 30min.

The Original Tour is already planning beyond the introduction of London’s ultralow emission zone next April and its fleet will be fully compliant from day one. Three further battery electric buses are expected to join the fleet next year and it is also looking at other options including re-powering existing vehicles to make the fleet zero-emission. 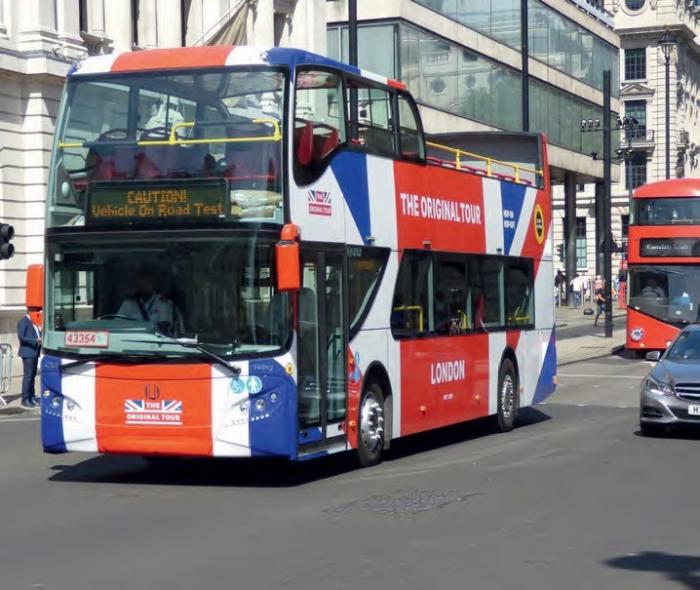 The Unvi Urbis electric on test in London in early August, then decorated in the standard Union Jack-inspired livery.
TIM CARTER