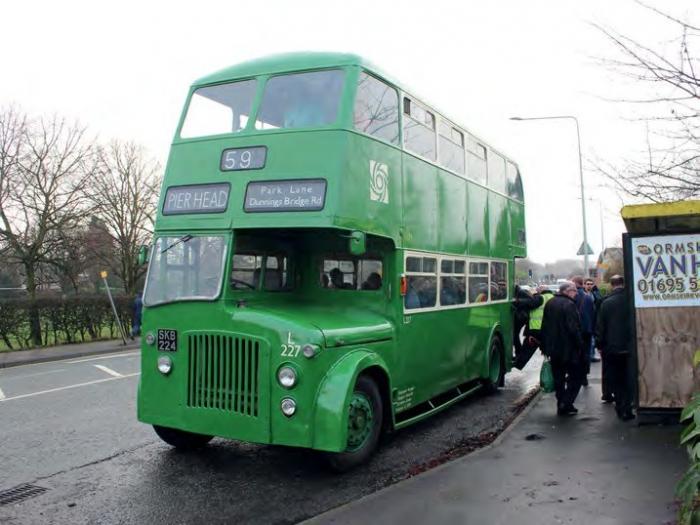 A Leyland Titan PD2/20 new to Liverpool Corporation in 1956 carried passengers for the first time in over 15 years when the Merseyside Bus Club celebrated its 40th anniversary with a trademark multi-vehicle tour on 8 January.

L227 (SKB 224), with Crossley body completed at Liverpool Corporation’s Edge Lane works, was part of a batch of 34 and spent most of its life working from Litherland garage on routes serving the north and east of the city. It carries the revised livery of Merseyside PTE, which took over the Liverpool, Birkenhead and Wallasey fleets in December 1969 and was the last ex-Liverpool open rear platform double-decker when withdrawn 40 years ago in January 1977.