Germany’s leading long-distance coach operator Flixbus has gained two new high-profile shareholders, according to the German business and tourist travel magazine FVW. It has also terminated its arrangement for Stagecoach to provide cross-Channel services to the UK.

Leading US technology investor Silver Lake and the family of Italian media mogul and former prime minister Silvio Berlusconi have both bought shares in Flixbus, which operates 90% of express coach services in Germany.

More than 20 investors now have a stake in the Flixmobility group, which owns the Flixbus brand. The company bought the European coach operations of Stagecoachowned Megabus.com last July and rapidly terminated Stagecoach’s contract to operate routes within mainland Europe. Stagecoach has since been informed that the cross-Channel contract will terminate on 10 April. The European Bus Holding of equity investor General Atlantic remains the largest Flixbus shareholder with 34.21%, says FVW, alongside Flixbus founders André Schwämmlein, Jochen Engert and Daniel Krauss, who started the company in 2011. Together they hold 26.18% of Flixbus.

‘This strategic alliance, along with our continued partnership with General Atlantic, is an acceleration point for both our company and our customers as we expand the business into new markets and strengthen our technology platform.’ 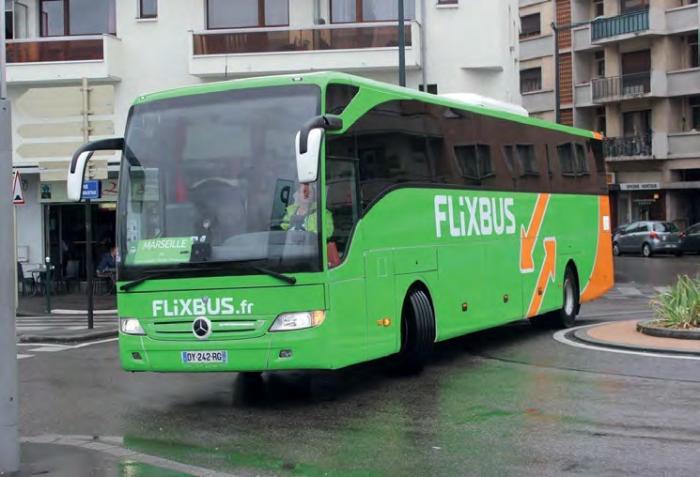 A Mercedes-Benz Tourismo of the French division of Flixbus arriving in Annecy en route from Geneva to Marseille.