New owner raises the roof of an FLF Lodekka 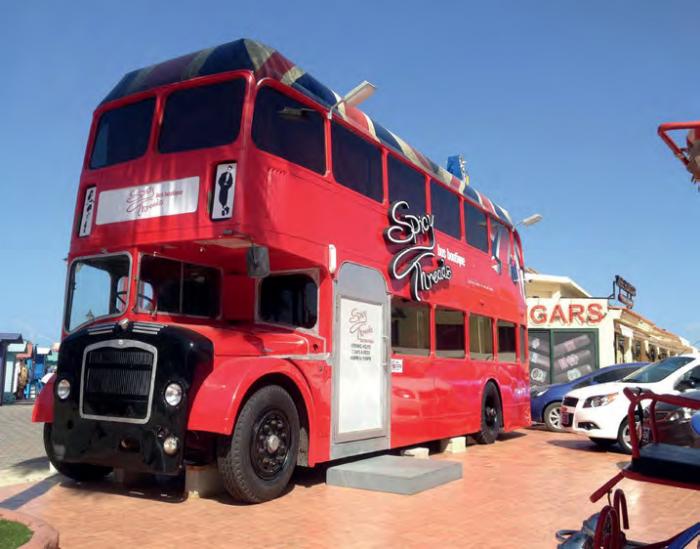 Paul Ogilvie returned from the Dutch island of Aruba in the Caribbean in the summer, excited by his discovery of this decidedly British double-decker refitted as the eyecatching Spicy Threads bus boutique.

It is former Crosville Motor Services DFB53 (266 SFM), a Bristol Lodekka FLF6B new in 1961, and was a prominent feature on the Strip in Oranjestad. It came from Canada about six months earlier and proclaims its Britishness with a Union Jack design on the roof and back windows.

While many exported British doubledeckers — even 13ft 6in lowheights like a Lodekka — have been made lower still to comply with overseas height restrictions, the opposite has happened to DFB53. The roof of its ECW body was raised by about 1ft to highbridge height to accommodate rails and tall customers — the Dutch are acknowledged to be among the tallest people in Europe.