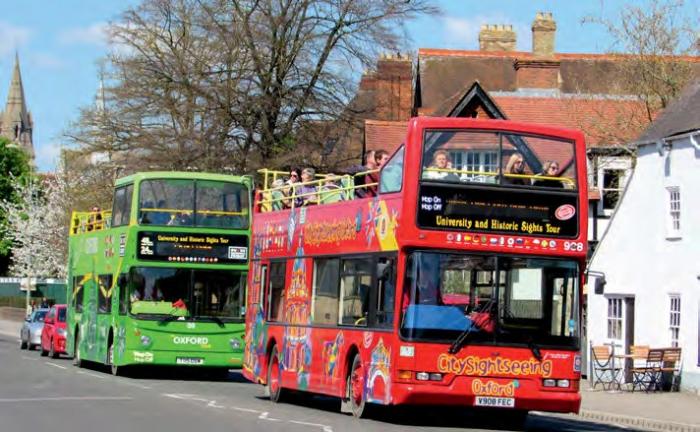 It operates 11 double-deckers — seven in City Sightseeing red and four in Guide Friday green — and will continue to be run as a standalone business under the management of general manager Jane Marshall and operations manager John Corti.

With the city council planning to ban diesel vehicles from the city centre, Oxford Bus Company anticipates bringing fresh investment to the operation. It also sees potential for cross selling between the city tours and some of its other brands including park-&-ride, the Airline and X90 coach services and Thames Travel’s tourist-focused River Rapids routes.

‘It’s really exciting to be taking ownership of such a successful and professionallymanaged business, which has a long and proud history in Oxford’, says Oxford Bus Company managing director Phil Southall. ‘We’re looking forward to working closely with the team at City Sightseeing to learn more about the company and to develop plans to ensure we collectively give the best possible welcome to visitors to our city.’