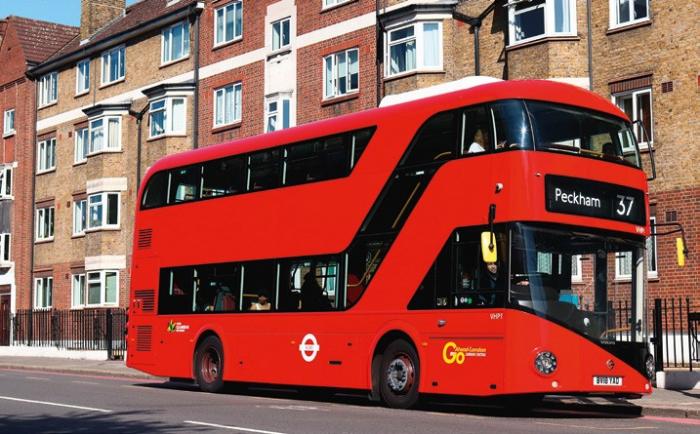 They have a similar drivetrain to the increasing number of Volvo 7900 electric hybrids operated across Europe, using overhead charging gantries to provide a fast charge that enables them to run in zero emission electric mode for up to 7km

On these prototype buses, which were built in 2016 when one of them was exhibited at the Euro Bus Expo show, the 19kWh batteries are in a cabinet built around the nearside front wheel.

Charging gantries are being installed at the outer termini of the route, at Putney Heath and Peckham. Until they come into action, the buses will operate in similar mode to B5LH hybrids, using electric power to pull away from stops and the 5litre four-cylinder Volvo diesel for most road running.

■ The first eight fully electric Volvo 7900E single-deckers in the UK, using similar opportunity charging to the London doubledeckers, were expected to start operating for Transdev’s The Harrogate Bus Company in mid-August.