By SANDY MACDONALD 16th May 2022
Feature 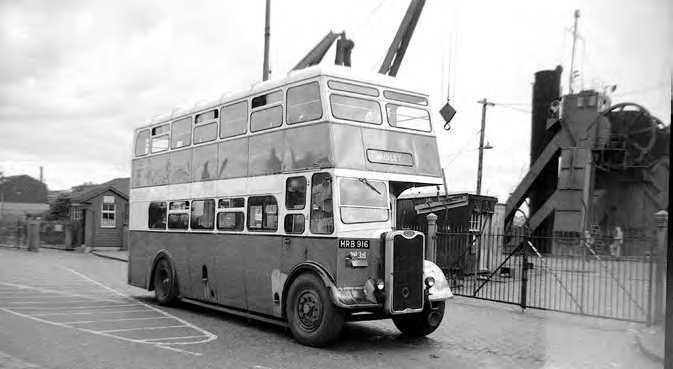 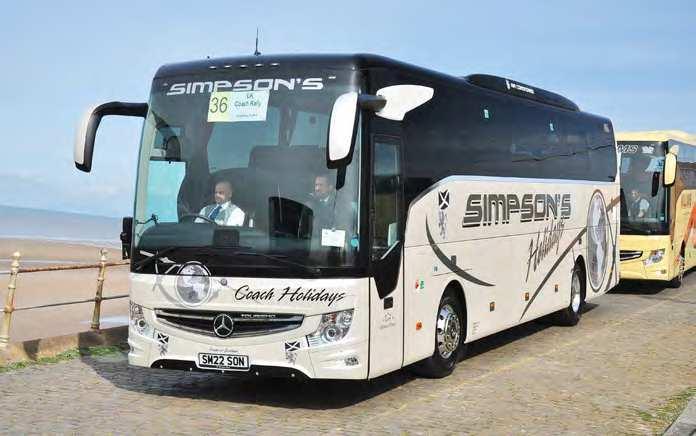 SM22 SON, the new Mercedes-Benz Tourismo for Simpson’s Coaches of Rosehearty, taking part in the UK Coach Rally in Blackpool in April. The company has been in business for 35 years, 22 of them as the current limited company. An earlier bus and coach business, Simpson’s Motors, operated from Rosehearty from the 1920s until Alexander (Northern) acquired it in 1966.
GRAHAM ASHWORTH

The closure of Gibson Direct prompts memories of earlier Paisley area independents, and specifically another Renfrew firm that for over half a century made its living on the frequent service between Paisley and Renfrew Ferry. Paton Bros, founded by Thomas and John Paton 101 years ago in 1921 with a base near the town centre, moved by 1937 to Tower Garage, next to the terminus where buses and trams met the chain-hauled Renfrew Ferry that shuttled across the River Clyde to and from Yoker on the north bank.

From 1954, Paton’s blue and cream buses and the green and white ones of Paisley-based Cunningham’s Bus Service provided the main Paisley-Renfrew Ferry service. Paton’s also operated between Renfrew and Hillington Industrial Estate and, from 1958, between Paisley and the Glasgow Corporation Subway station at Govan Cross. Western SMT acquired the Paton’s and Cunningham’s businesses in August 1979, while Silver Fox Coaches now owns Tower Garage.