A FIRST LOOK AT BSIPS 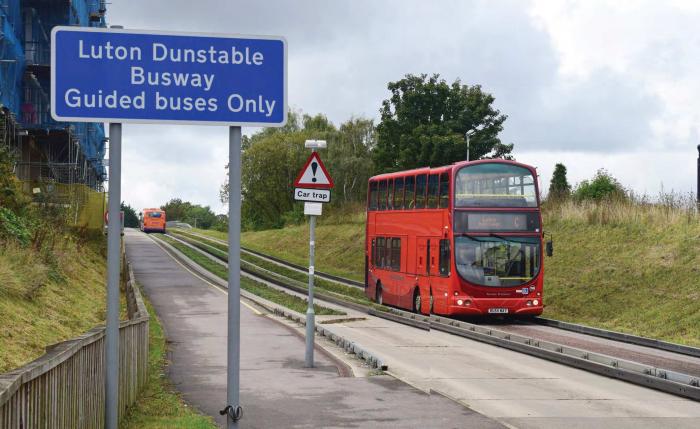 Luton hopes to replace all buses used on the Busway with zero emission models, which will share a common livery. A Grant Palmer Volvo B7TL/Wright Eclipse Gemini, previously with Go-Ahead London, approaches central Luton as a Centrebus Scania heads towards Dunstable.
DAVID JENKINS

BSIP has become a very important set of initials in the bus industry in the last year. Standing for Bus Service Improvement Plan, and usually pronounced B-sip, it was the UK government’s instruction that every Local Transport Authority (LTA) in England had to produce one by October 31, 2021. With the announcement to do so being made barely six months earlier, they have been produced at breakneck speed, often with the help of consultants (and hands up, one of those consultants is me).