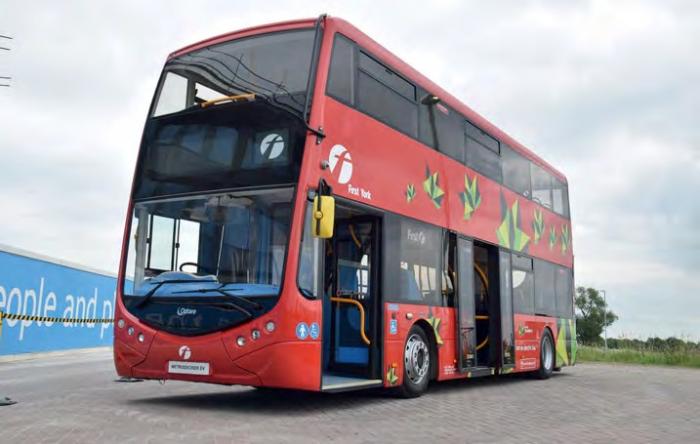 Complete with First York fleetname and logos, the Optare MetroDecker EV on display at York University on 13 June. GORDON SCOTT

City of York Council confirmed on 15 June that First York has been awarded the new seven-year contract to operate the city’s park- &-ride service.

The contract takes effect from February and will see all vehicles other than 11 Optare Versa electric single-deckers replaced by a mixture of new low emission double-deckers and bendybuses (Buses last month).

First’s bid included the operation of three electric Optare MetroDecker double-deckers, which would be the first MetroDeckers of any kind to be ordered since the model was launched in 2014. The council stated that these would be operated to the Monks Cross site, but First York managing director Marc Bichtemann says they may also operate to Poppleton Bar.

Optare’s prototype MetroDecker EV, which is intended for long-term trial with Go-Ahead London, was displayed at a One Planet Council event at York University on 13 June, with First York fleetnames applied. Bichtemann confirmed that First plans to trial it in York this summer ‘with a view to introducing these…in the New Year.’