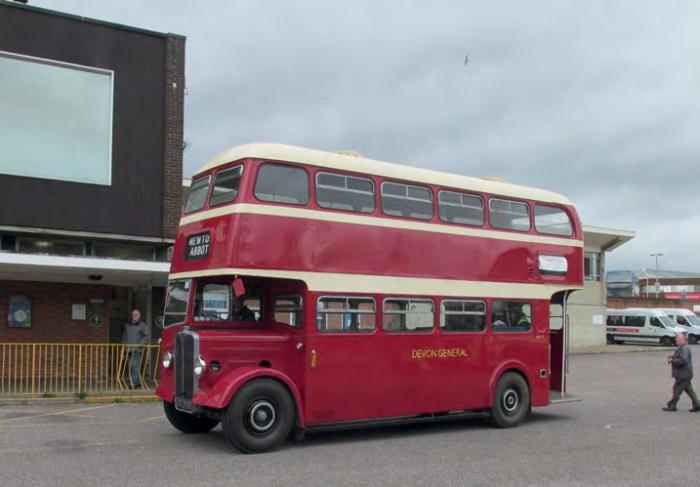 Unique Saunders Roe-rebodied AEC Regent DR705 has the shape and some features of the London Transport RT.
LES EDDY

The Devon General Omnibus Trust went ahead with its Exeter Spring Running Day on 19 March as a memorial to the late Philip Platt, even though the original reason for the event — a farewell to the city’s 53-year-old bus and coach station — disappeared in February when the city council delayed redevelopment of the Paris Street site.