Leading Israeli operator Egged has awarded a £12.2million order for 230 city buses to MAN and Volvo, despite an apparently competitive offer from Chinese manufacturer Golden Dragon.

MAN, Mercedes-Benz, Scania, VDL, Solaris, Volvo and Golden Dragon all bid for the contract, which stipulated a £190,000 upper limit per bus and has an option for a further 200 vehicles.

With Chinese buses believed to be around 25% cheaper than products with European chassis, industry commentators expected Golden Dragon to win, especially as Egged is already buying 250 intercity coaches from China.

Golden Dragon is building 80 of these and Yutong — which did not bid for the city bus contract — is supplying 170 ZK6121HQs with Paccar/DAF engines and ZF automatic transmission. The Yutongs carry the old Leyland model name Tiger.

MAN will supply 160 Euro6 NL low-floor chassis and Volvo 70 B8RLE low-entry chassis. All the MANs will have the German manufacturer’s body built under licence by Israeli coachbuilders, Ha’argaz completing 115 and Merkavim 45. Merkavim will also body the 70 Volvos with its own facelifted Pioneer design, which was originally a licence-built Hispano Habit. 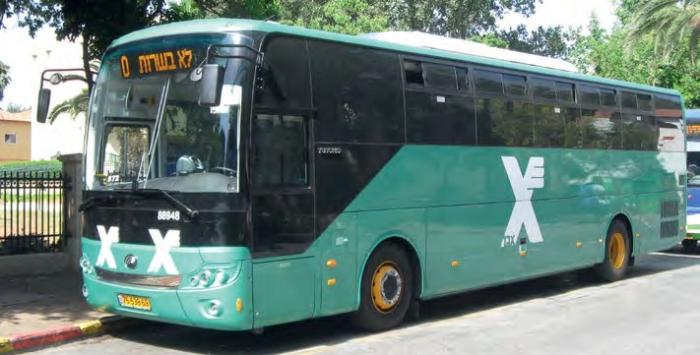