DON’T LEAVE OUT THE INDEPENDENTS 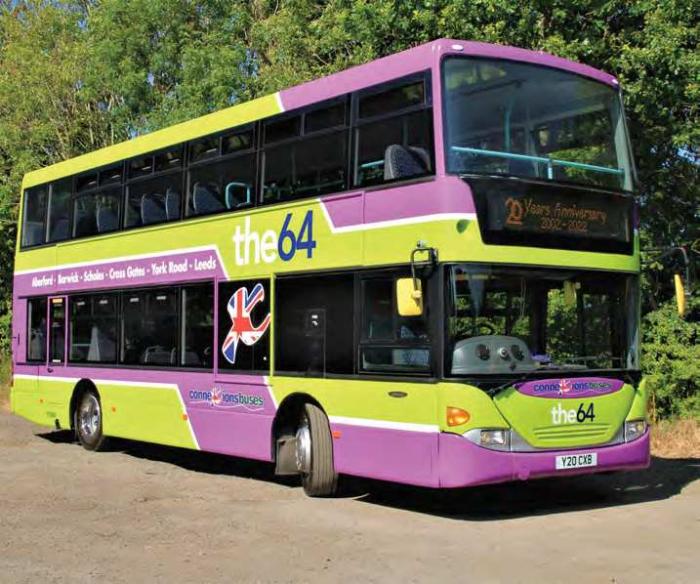 Connexionsbuses Scania OmniCity Y20 CXB, the first bus in a new livery for route 64. The livery was designed by Nathan Merryweather and based on the colours of ex-Ipswich Scanias in the fleet. It was launched at the recent 20th anniversary event for Connexions.
MALCOLM KING

Welcome to my first column. Hopefully you’ll find it as interesting as those typed by Julian Peddle, Phil Stockley, and Roger French.

For those who don’t know me, along with my wife, I set up and run Connexionsbuses, based in North Yorkshire. It’s our 20th year this year, and there are some challenges for bus and coach operators currently, the likes of which most of us have never known.

Notwithstanding the post Covid challenge, where we are trying to get some sense of what the level of demand will be once people regain their confidence and travel on public transport as they did before, we also have the staffing issues which don’t seem to be easing and the ‘what vehicle do I buy next’ problem. Its this last one that I’m going to focus on, as there seems to be a very serious disparity between organisations.