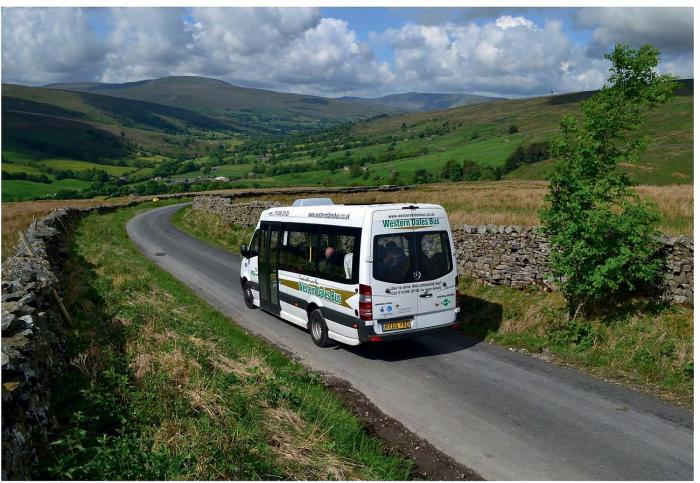 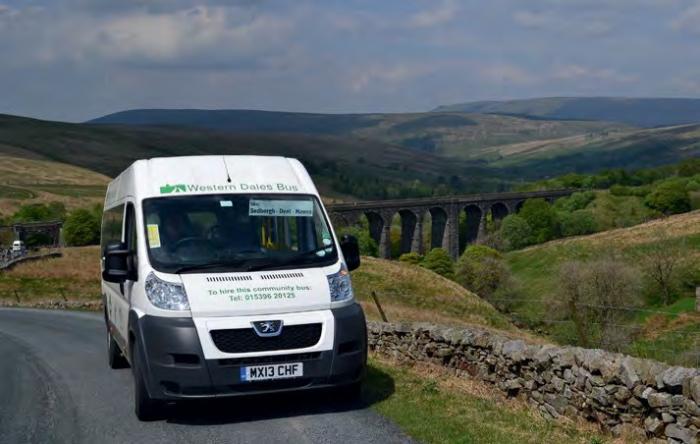 The original hired-in Peugeot Boxer, MX13 CHF, ascending Dent Head in May 2014 on service 564C to Hawes. The Dentdale viaduct on the Settle-Carlisle railway is behind.

The picturesque valley of Dentdale is one of the most remote corners of the Yorkshire Dales. Until county boundaries were redrawn in 1974, it formed part of the West Riding of Yorkshire and now is in Cumbria.