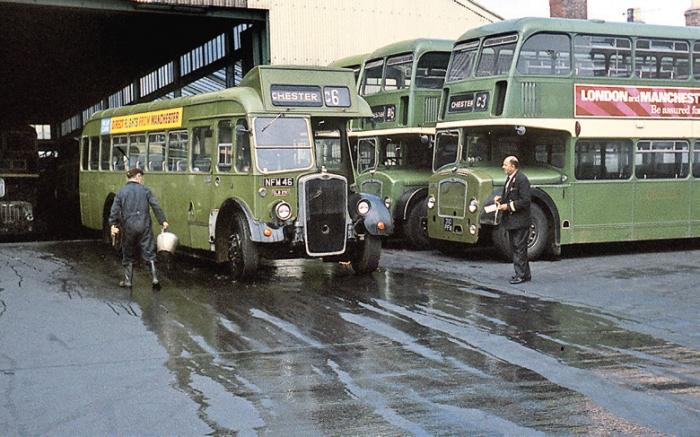 The former Crosville bus depot in Chester still serves as the base for the current Stagecoach fleet. In June 1969 it was home to a variety of ECW-bodied Bristols in Tilling green. Taking centre stage and newly washed with the aid of a brush and a bucket of water is SLB290 (NFM 46), a 1952 LL6B that remained in service into the summer of 1970, by which time it was Crosville’s last halfcab singledecker. It survives today in preservation. The double-deckers are Lodekkas, DFG29 (310 PFM) on the right being an FS6G new in 1960 and equipped with Cave-Browne-Cave radiators for saloon heating and engine cooling.

The historic buildings in the centre of Chester have changed little, but the same cannot be said for the ownership of the buses operating around the city in the 32 years since the market was deregulated.