Go-Ahead has rationalised its operations around Norwich by dropping the Anglian Bus name from 20 November and transferring its fleet and seven routes to Konectbus.

The two businesses had been jointly managed since 2013 and Go-Ahead says this move gives it more flexibility in where it deploys its buses. It also is seeking a smaller site to replace the Anglian Bus facility in Beccles.

Anglian Bus started life as Anglian Coaches in 1981, formed by David and Christine Pursey and based in Loddon. It won its first tendered bus contract in 1999 and further expansion saw it start its first commercial route in 2003. It moved to Ellough, outside Beccles, in 2000.

It owned over 100 vehicles when Go- Ahead acquired the business in 2012, but route rationalisation and the transfer of some work to Konectbus had reduced it to 22 by November. 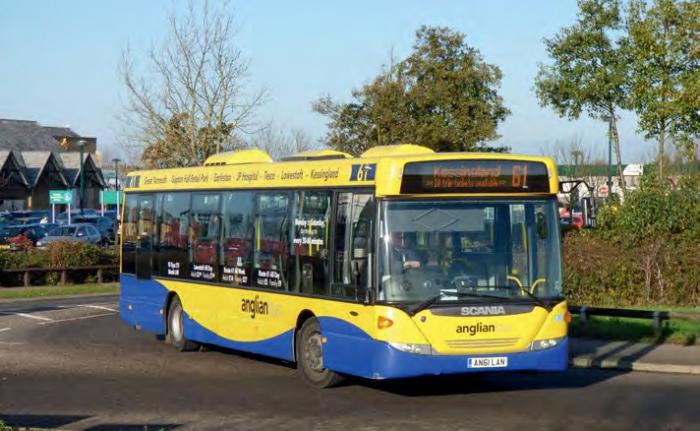 Scania OmniLink 455 (AN61 LAN) in Pakefield on the final day of Anglian Bus operation.
ZAK NELSON