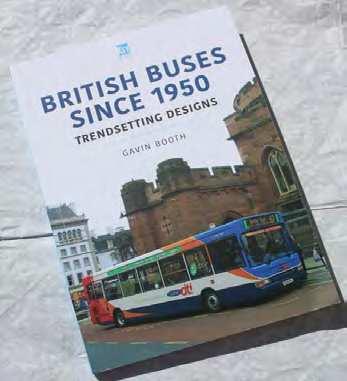 If older readers feel the title of Gavin Booth’s latest book looks familiar, they may be recalling the late Alan Townsin’s British Double Deckers Since 1942, published in 1965; one of the first bus reference books with detailed descriptions of the vehicles produced in wartime and postwar for one segment of the market.

There never was an equivalent pocket encyclopaedia covering single-deckers.

Over 72 pages, it detailed 35 different makes and models of motorbuses at a point in history when the front-engined AEC Renown and Guy Arab V were the newest kids on the block, Guy was building what later turned out to be its last Wulfrunians and Bristol was more than a year away from launching the rear-engined VR.