The call to the recently elected Conservative mayor comes as Whippet announced cuts to a mix of commercial and subsidised services, to be implemented in September. It says that some of the services have been running at a loss for over two years.

However, frequencies will be increased on Busway route C from Somersham – from hourly to half-hourly – though it will no longer extend to Cambridge railway station.

It is also speeding up its X3 service between Huntingdon and Cambridge (which is around 10mins faster than journeys via the Busway) and introducing a Sunday service. In a statement, the Australian-owned company firmly indicates a desire to abandon deregulation.

‘We strongly believe that a franchising model, like that of London, will create the conditions for high-quality bus services to be operated with the single-minded purpose of serving the community here in Cambridgeshire,’ it argues.

As the Cambridgeshire & Peterborough Combined Authority now has an elected mayor, the Bus Services Act allows the introduction of franchising at the mayor’s discretion. 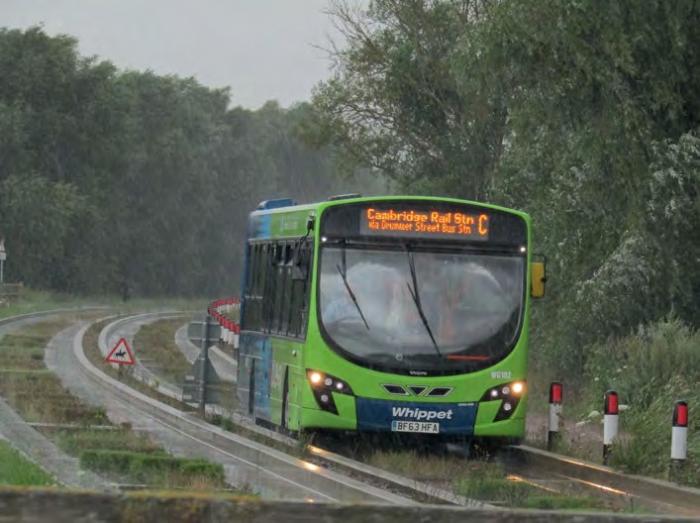