Welsh minister is concerned about viability of independents 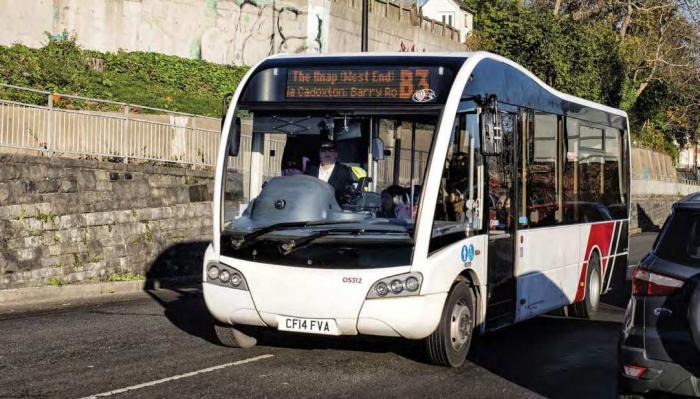 The B3 Barry local service was previously operated by Easyway, which withdrew from bus services last summer. An Adventure Travel Optare Solo is pictured on the service on December 9, 2022.
RHODRI CLARK

Lee Waters, the Welsh Government’s transport minister, has expressed concerns over the continuing viability of Welsh independent bus operators and suggested that central procurement of vehicles could be a way to help them in future.

Meanwhile, there is some good news for bus operators in the government’s first draft budget for 2023-24, which shows the same amount of bus revenue funding as this year and an increase in bus capital funding.

The demise of many Welsh independents or SMEs (Small and Medium-size Enterprises) over the last decade was described in a feature article in the December issue of Buses. In the January issue, we reported that Pembrokeshire council was poised to buy Edwards Bros of Tiers Cross, another operator which had decided to leave the market. The council officially confirmed the purchase on December 14.