More than 40 years on, The MHD Partnership reinvents the American-sounding Cleveland Transit with a snappy name for the 2010s and 2020s and a new colour combination with more than a hint of mint 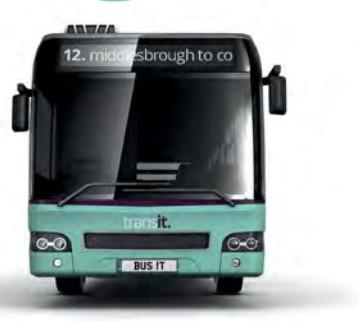 Cleveland was a new administrative county created when local government was reorganised in the 1970s. It was based on the short-lived Teesside County Borough, created by shifting parts of Co. Durham into the North Riding of Yorkshire, and never found a place in the hearts of the people who lived there.