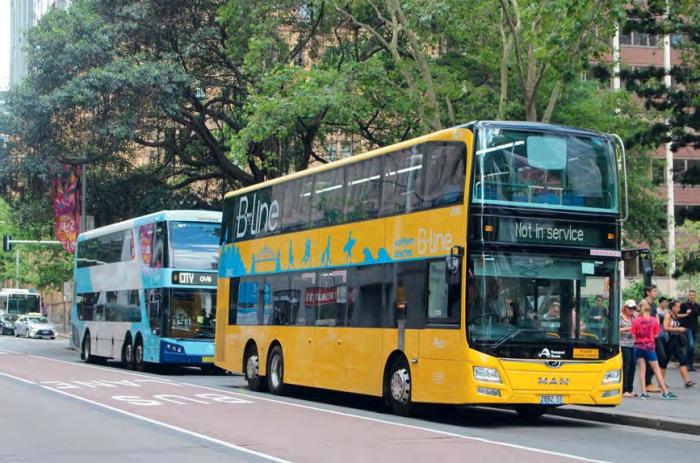 One of Sydney Buses’ Gemilang-bodied MAN ND323F double-deckers at the Wynyard terminus in central Sydney, its destination display set automatically to show ‘Not in service’. A Hillsbus twin-steer BusTech CDi is directly behind. SCOTT MITCHELL

Spending part of the year in Australia, I was interested to read the article on the new bus rapid transit (BRT) B-Line route introduced in Sydney in November (Global News and Publicity Matters, November) and I had several rides on it over the Christmas period. BRT is a bit of a misnomer as the route makes use of bus priorities that have been in place for many years. Little new infrastructure has accompanied the route launch, beyond the new bus shelters and real-time displays, which have a novel indicator alongside the destination to show how full the approaching bus is.