Stops on all the wrong tracks

The editor’s sideways view of the bus scene 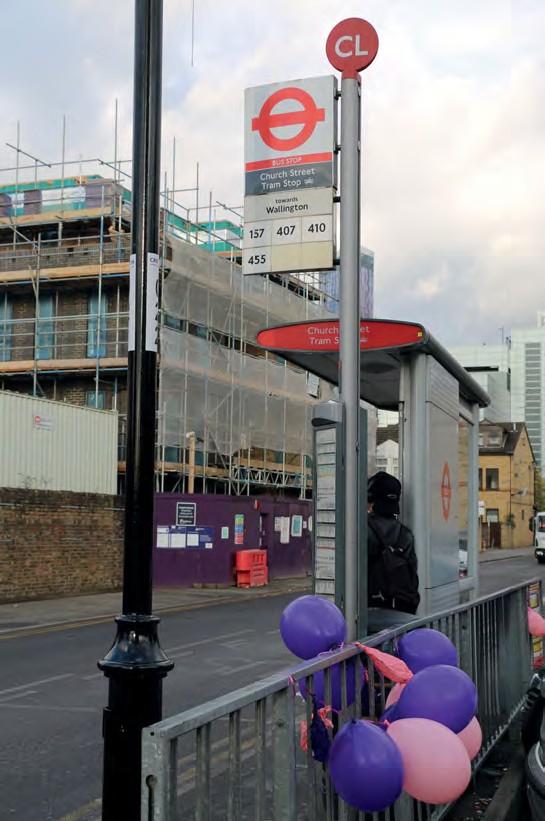 My item in July ‘Tales’ about a couple of pointless bus stops — in Biddulph and Woodford Green — has struck a chord with several of you.

Sholto Thomas was perplexed on just about every level by the Transport for London one in Croydon called Church Street Tram Stop. For starters, it is not in Church Street but Drummond Street and while the four bus routes shown on it do run towards Wallington, Tramlink does not.

And just in case you fear your eyes are deceiving you and you should have gone to a well-known national opticians’ chain, there are no tram rails by this halt that calls itself Tram Stop. So no trams, either, unless they are trackless ones.

‘Presumably Croydonians know what’s going on,’ says Sholto. ‘I suspect that because of the tram’s one-way loop in Croydon centre, this is a way that folk from the West Croydon bus/ rail station area can interchange to a tram heading towards Wimbledon. Can you imagine the hoo-ha if a tram stop was named after a bus stop?’

Talking of trams and invisible rails, the worn-out Midland Metro track in Bilston Road, Wolverhampton was removed in June for replacement with better rails — by Christmas, the notices promise — prompting the provision of a replacement bus service.

With optimism that triumphs beyond all reason, the Network West Midlands notice that Steve O’Hara photographed on a shelter there assures all good Wulfrunians (guys and gals) that said replacement buses stop there. Despite the existence of continuous stretches of builders’ portable fencing and the reality that all traffic of all varieties — 79 and 79E buses included — are banished beyond the Armco barrier on the far side of these lifted tracks.

And so to the charmingly named village of Hodsoll Street near Gravesend in north Kent. The bus stop that Roland Graves found next to a well-trimmed hedge there is no more than waist-high and provides the times for the Postbus service that it announces with great confidence stops there.

Given that nearly every one of Royal Mail’s minibuses has vanished in the past few years, you will hardly be surprised to know that this is another inaccurate assertion. Roland says the service was withdrawn at least five years ago. It ran from Gravesend sorting office, linking up several isolated villages and communities in the folds of the North Downs, rising to around 900ft above sea level. There were two return journeys, plus a single afternoon run to Hodsoll Street.

A quick check on the Traveline South East website confirms that you would have a frustratingly endless wait by the well-trimmed hedge for a bus of any sort, let alone a little red one driven by Postman Pat. Arriva route 308 (Gravesend- Sevenoaks) gets as close as Culverstone Green, beyond which is an 18min walk to or from Hodsoll Street. 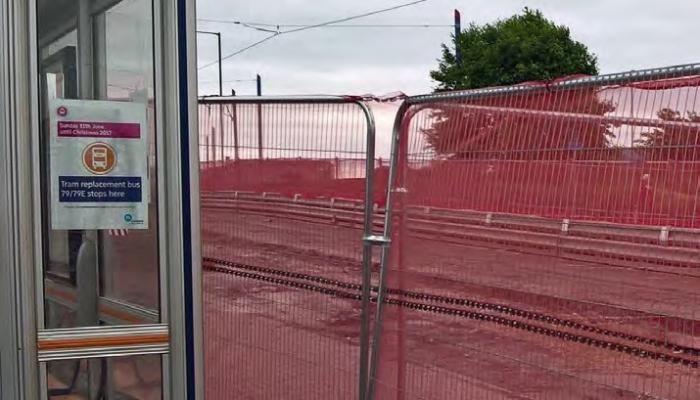 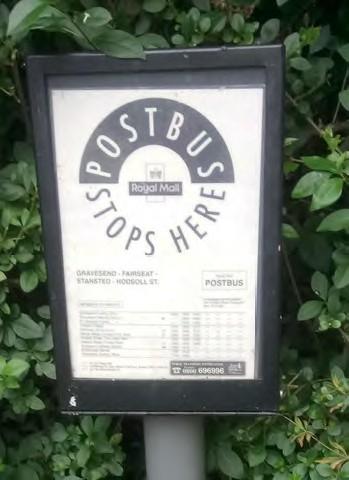 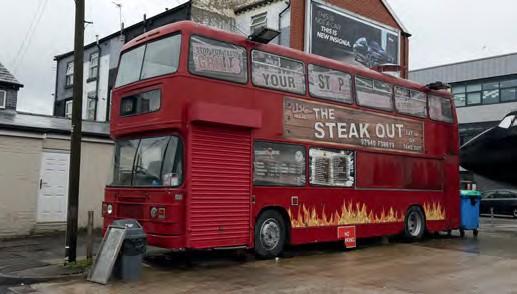 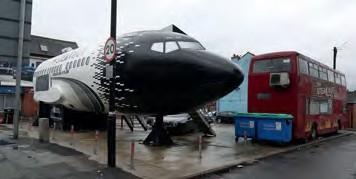 As David Longbottom observes, the Disability Discrimination Act has brought an end to most operation of step-entrance double-deckers, with slightly less old but compliant low-floor Volvo B7TLs and Dennis Tridents often taking the place of trusty Olympians Leyland and Volvo, and the smattering of other types also around at the end-of-year deadline.

But nothing so prosaic has ousted former London Buses L131 (D131 FYM) from the role it has performed as the static Steak Out restaurant and takeaway in Bolton since 2011. Anything but, in fact. Instead, after years of planning and preparation, its nemesis has arrived in the shape of part of the fuselage of a retired Boeing 737 aircraft, which may not be DDA accessible, but certainly is eye catching.

A Regent that’s a Torbay icon

While visiting Torquay last summer, Matt Giles is glad that impulse led him into the Bull & Bush pub in Belgrave Road and the discovery of a fine mural on the stairway to its upper floor.

This depicts scenes of Torbay and drawn initially to the fishing trawler with its PZ code for Penzance rather than BM for nearby Brixham, he then noticed the open-topper in the bottom corner.

There is nothing at all Cornish about this, for it is a true doubledecker of the area, none other than preserved Devon General DR210 (OD7497), a 1934 AEC Regent O661 with Short Brothers body, which turns up often at local rallies and running days. 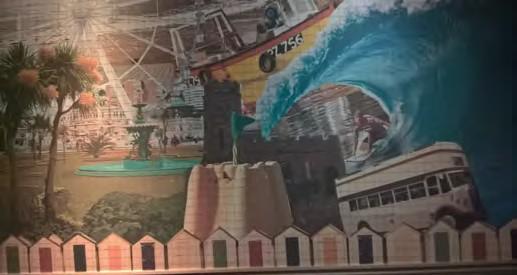 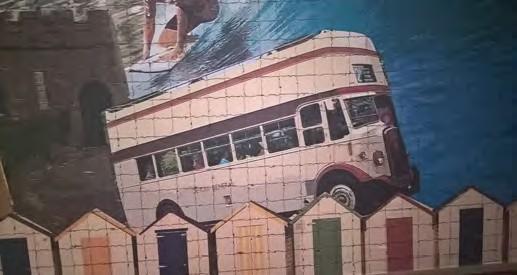