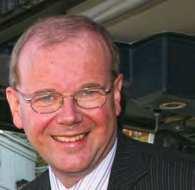 There’s a distinct sea change occurring in the bus industry to a scale not seen since deregulation in 1986; and it’s throwing up a double deck bus load of inconsistencies.

Long standing ownership structures are changing, most notably Stagecoach – now owned by an infrastructure company with its shares no longer listed on the stock market and original owner and mentor, Sir Brian Souter, ceasing his involvement with the business. Meanwhile Go-Ahead is recommending its shareholders accept an offer from a consortium of infrastructure specialists and an Australian bus operator as FirstGroup is subject to another aggressive takeover bid from an investment fund. Arriva is still up for sale by its German owner DB and National Express, rebuffed from its attempt to takeover Stagecoach is almost certainly looking for other suitors. We’re also seeing Tower Transit more or less exiting the London market with sales of its West London contracts to a new joint venture with RATP Dev and its East London operations to Stagecoach.