FOCUS ON THE WEST OF ENGLAND

Open-top operation has continued to thrive at West of England resorts and in its historic cities. DAVID JENKINS and CHRISTOPHER CARTER describe what is on offer in the area.

As in many seaside locations, for decades operators in south-west England have sought to attract customers with a ride on an open-top double-decker. 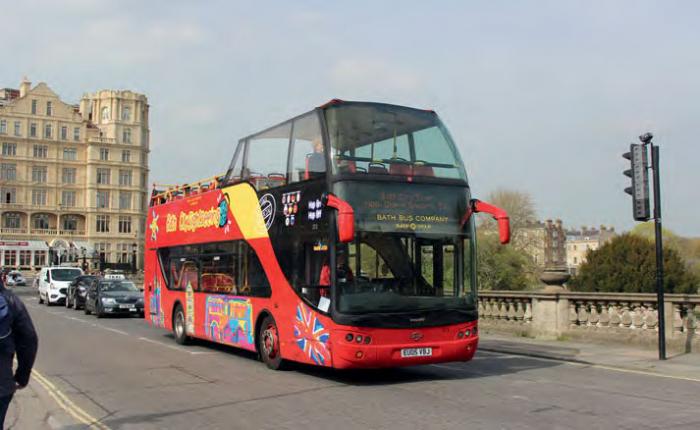 While many have been older buses decapitated for a seasonal life extension, new buses have been a feature here for many years, almost all of them convertible to enable use in winter. Devon General’s Sea Dogs — named after historic seafarers — were nine Leyland Atlanteans in 1961 with bodies built by Metro-Cammell that gave service for nearly 20 years. In the same year, Bristol Omnibus Company bought four convertible ECW-bodied Bristol Lodekka FS6Gs for use in Weston-super-Mare.