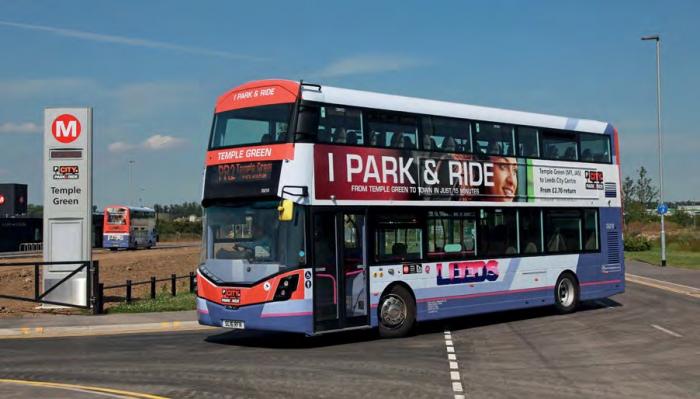 First West Yorkshire 35210 (SL16 RFN) is one of the Wright StreetDecks branded for the Temple Green service.
STEPHEN WHITELEY

Bus-based park-&-ride facilities in Leeds more than doubled in June with the opening of a new 1,000-car facility at Temple Green, 4miles east of the city centre.

Aimed mainly at commuters and visitors coming from the east, the new site is just off junction 45 of the M1. It was financed through West Yorkshire Combined Authority’s £1billion Growth Deal Transport Fund and is the third park-&-ride in Leeds. At least two more are planned and expansion of car parking at over 40 railway stations is set to increase park-&-ride provision across West Yorkshire to more than the current 4,500 places.

Temple Green follows the success of the Elland Road site to the south of the city, which opened in 2014. Originally built for 425 vehicles, it has expanded to 800, with a further 200 currently being added. As the site is often full, Sunday operation has now started and hours for the other days have expanded to 06.00 to 21.00. The King Lane park-&-ride with only 155 spaces is to the north of the city and will expand when a suitable site is found.

Temple Green opened on 19 June, providing users with 15min journeys to and from the city centre on modern, low emission, WiFiequipped double-deckers every 10 to 15min. Parking is free, and a return journey costs £3, but there is a 10% discount for regular users with a stored value card, and reductions for concessionary passengers. Up to three children travel free with every fare-paying adult. Weekday services to this site also run between 06.00 and 21.00, but from 07.00 to 19.00 on Saturdays.

First West Yorkshire provides the links with the two sites to the city centre, using three Alexander Dennis Enviro400s at Elland Road and four Wright StreetDecks at Temple Green. These will be replaced in December with eight new StreetDeck microhybrids for which £234,000 has come from the government’s Low Emission Bus fund.

The site was filled to a quarter of its capacity in the first week of operation, with 150 vehicles parked there on the opening Monday, over 250 by the Wednesday and nearly 300 on the Thursday. 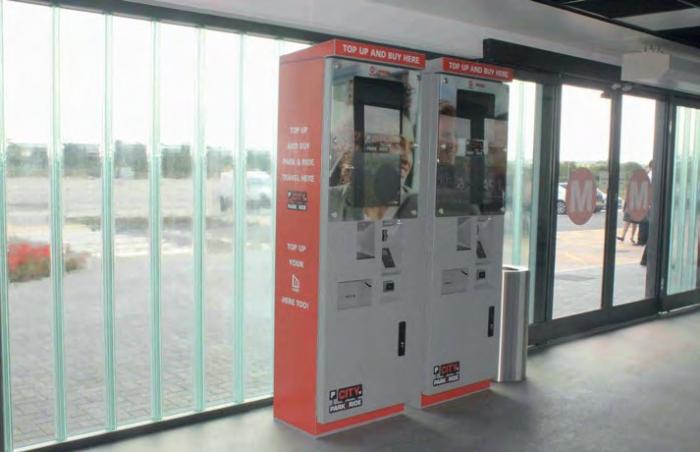