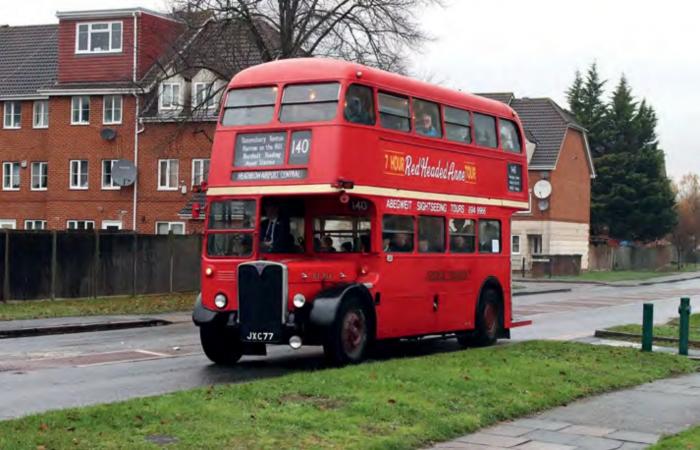 Among the eight RTs operating on the 140 on 23 November was Weymann-bodied RT714 (JXC 77), which the London Bus Company ran in passenger service for the first time since it was repatriated from Prince Edward Island in Canada. It was photographed in Yeading Lane. RUSSELL YOUNG

Official and unofficial notices about the changes to route 140. MARK LYONS

Changes to routes in west London, linked to the delayed opening of the Elizabeth Line, came into effect on 7 December (Look in on London, October).

Perhaps the most significant was the curtailment of the 140 to run only between Harrow Weald and Hayes & Harlington station. In May 1955 it became the second daily service into what was then called London Airport. It originally ran as far north as Mill Hill, but was cut back gradually to improve reliability. It was the last serving Heathrow to be operated by RT-class AEC Regent IIIs, retaining these until July 1978, largely because crews at Harrow Weald garage objected to the use of larger double-deckers.