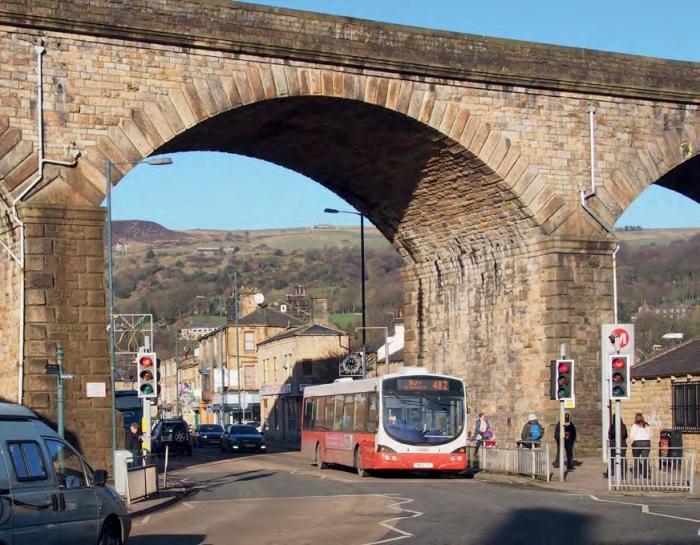 The end of January saw the withdrawal of another trans-Pennine local bus service, when council-owned Ross end ale Transport cut back its hourly service 482 (Bury-Todmorden) to Bacup, with the section over Todmorden Moor to Todmorden replaced by two school journeys on service 465.

Rossendale Transport, which trades as Rosso, has operated the service for most of the past 30 years, during which time it received subsidies from Lancashire County Council and West Yorkshire PTE.

When Lancashire made drastic cuts in the amount of money spent on local bus services last April, Rossendale attempted to provide the service on a commercial basis but has concluded that it cannot continue to sustain the losses made and the service ceased on 28 January.

This is the latest of several cross-Pennine bus routes to disappear in recent years, at a time when parallel train services are experiencing high growth in demand to the point of regular overcrowding.

Meanwhile, Transport for Greater Manchester has stepped in to provide funding for Rossendale to continue an hourly Monday to Saturday service on route 494 (Bury-Ferngrove) from 30 January after the company withdrew the majority of its commercial journeys. However, the last weekday journey is withdrawn owing to low passenger numbers.

TfGM vice-chair Cllr Mark Aldred says: ‘The 494 is an important local service and its withdrawal would have left a significant number of people in the areas it serves with no alternative bus services to travel to work or access healthcare.

‘We have an extremely limited budget and cannot step in every time a bus operator makes changes to a commercial service. On this occasion, we have been able to justify keeping the 494 on the road due in large part to the unacceptably high number of people it would leave without any kind of public transport. We will continue to encourage other bus operators to consider operating the route on a commercial basis in the future, with no public financial support.’